Things You Need to Know Before You Get CoolSculpting

Things You Need to Know Before You Get CoolSculpting You’ve tried everything. Working out. Every diet in the book. Calorie counters. Fitness apps. You name it!

It just seems like no matter which method you try, you still can’t seem to shake that stubborn fat that likes to hang out on areas of your body such as the abdomen, upper arms, chin, etc. You’re tired. Exhausted. Exasperated.

Don’t give up. Don’t lose hope. At our Tampa medical spa, we meet people just like you that have fought in the “battle of the bulge” for years, even decades, and came out victorious in the end. If you are like the millions who struggle to maintain a diet and exercise regimen and cannot seem to meet their weight loss goals, then you may have already considered CoolSculpting.

One of the most beautiful things about the treatment is the fact it requires no preparation physically, however, there are certain things you should know before you get CoolSculpting. We are going to fill you in on seven of those things now. Right now. Keep reading…

1. CoolSculpting is Proven Safe and Effective

Noninvasive. Nonsurgical. Safe. Effective. Permanent fat loss. Sound too good to be true? Welcome to the wonderful world of CoolSculpting. Today’s technology makes what used to sound like science fiction a modern reality.

Cryolipolysis, otherwise known as CoolSculpting, utilizes low temperatures and cooling to freeze the cells of the body in order to remove stubborn subcutaneous fat, permanently. The U.S. Food and Drug Administration has labeled CoolSculpting a safe and effective medical treatment.

To date, more than two million CoolSculpting procedures have been performed worldwide. Evidence backing the safety of the treatment has been found in more than 40 peer-reviewed journals. Scholarly articles report an 86 percent patient satisfaction rate with the procedure and cosmetic surgery review sites to report the procedure receives an 83 percent “worth it” rating.

2. Who is a Good Candidate for CoolSculpting

Is CoolSculpting right for me? Every single day we receive calls and walk-ins at our medical spa with this exact question. Who is a good candidate for CoolSculpting?

One easy way to remember the true purpose of the procedure is in the name, “Cool-Sculpting.” Notice the word sculpting, which means to shape or carve. CoolSculpting is intended to shape a body that’s already toned by removing subcutaneous fat, which is the fat just under the skin. The procedure is not intended to remove visceral fat which is deeper and around the organs.

Thousands of patients experience amazing results with CoolSculpting, but it’s not intended for everyone. CoolSculpting is meant to resolve that stubborn fat that doesn’t seem to budge in response to diet and exercise alone. Target areas for this type of fat include the “muffin top” (fat bulges at the waist that appear to “spill” over the waistband of pants), stubborn belly fat, the “baby pouch” (extra fat that remains following a pregnancy), “love handles”, over-the-bra fat, the “double-chin” appearance, etc.

Do you really want to know if it’s right for you? The best way to find out is by scheduling an obligation-free consultation with our experienced us! However, a few signs you may be a good candidate for CoolSculpting include:

3. What Exactly is CoolSculpting

Maybe you’ve caught word on the street is that there’s a permanent fat reduction treatment that’s non-surgical. Or maybe you keep hearing some friends on social media rave about the amazing results they got with CoolSculpting. Regardless what you know or what’ve you heard about CoolSculpting, you’re reading this article today to learn more about this treatment. We’ll give you the inside scoop, starting where it all began.

Dieter Manstein out of Massachusetts General Hospital and Rox Anderson out of Harvard Medical School collaborated to invent the CoolSculpting procedure. Years ago, these two scientists conducted a study that found children who ate popsicles would develop dimples as a result of small pockets of fat cells being exposed to the freezing temperatures. An epiphany for the world of lipo surgery was that the skin and surrounding tissue was not damaged as a result of this process. Rather, only the fat cells were affected.

Advancements in cryolipolysis studies, performed originally on pigs, led to the development of safe and effective CoolSculpting for people.

“Fat cells are more sensitive to cold than our skin and muscles. After 10 years of research, CoolSculpting came up with the exact temperature to kill a fat cell.” – Dr. Grant Stevens

4. What to Expect During CoolSculpting

Bring a book, your phone, or your favorite crossword puzzle and sit back and relax as we freeze the fat away! Literally! CoolSculpting is gentle enough that patients only experience mild discomfort.

During the procedure, our licensed practitioner will use a special tool to bring the cells in a certain part of the body to freezing temperatures. Freezing these cells causes them to crystallize and die. Following the procedure, the dead fat cells are flushed out of the body via the liver. Immediately afterward, you can return to work and your regular activities because it is nonsurgical and noninvasive.

The timing for the actual procedure itself varies depending on the specific area of the body being treated. However, the majority of treatments take approximately 35 minutes for each section.of the body, and larger areas require about 35 to 60 minutes. At our CoolSculpting spa in Tampa, we have the ability to treat more than one part of the body in a single day.

5. What to Expect After the CoolSculpting Treatment

After the cells have crystallized and died, following the treatment, your body will naturally get rid of the fat cells as they are processed via the liver. Remember this treatment is not intended to be a solution for weight loss, rather a way to reduce the amount of subcutaneous fat in stubborn areas through a nonsurgical procedure.

Because the body requires time to eliminate the dead cells, results from CoolSculpting are not immediate. Rather, most patients will see results in as little as one month. Typically, the final results are most apparent approximately three months post-procedure.

Patients can expect up to 20 to 25 percent reduction of fat in the treated area. In order to reach your sculpting goals, you may opt to have multiple treatments in various areas on your body to eliminate the lingering stubborn fat you’ve been dealing with. Furthermore, keep in mind that the number of treatments needed to meet your personal goals varies in large due to your initial physique and metabolic rate.

6. Possible Side Effects of CoolSculpting

Most side effects associated with CoolSculpting are limited to localized reactions, including:

7. CoolSculpting is Not a Type of Liposuction

One is a surgery that aspirates the fat cells from the body (liposuction). The other is a less expensive, highly-effective, non-surgical treatment for permanent fat loss (CoolSculpting).

Find Out if You are a Good Candidate for CoolSculpting Today

You’ve read the information online and you’ve decided that you are definitely interested in CoolSculpting. The best way to find out if you are an ideal candidate is to come to Freezeology, a CoolSculpting-Only Boutique for a complimentary consultation. Call us today at or contact us online to schedule your risk-free, no-obligation assessment to learn what our CoolSculpting practitioner can do to transform your body and let us help you SHAPE your CONFIDENCE! 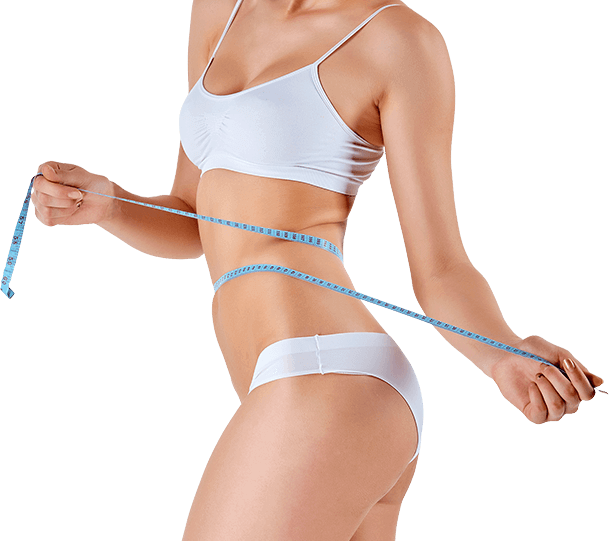